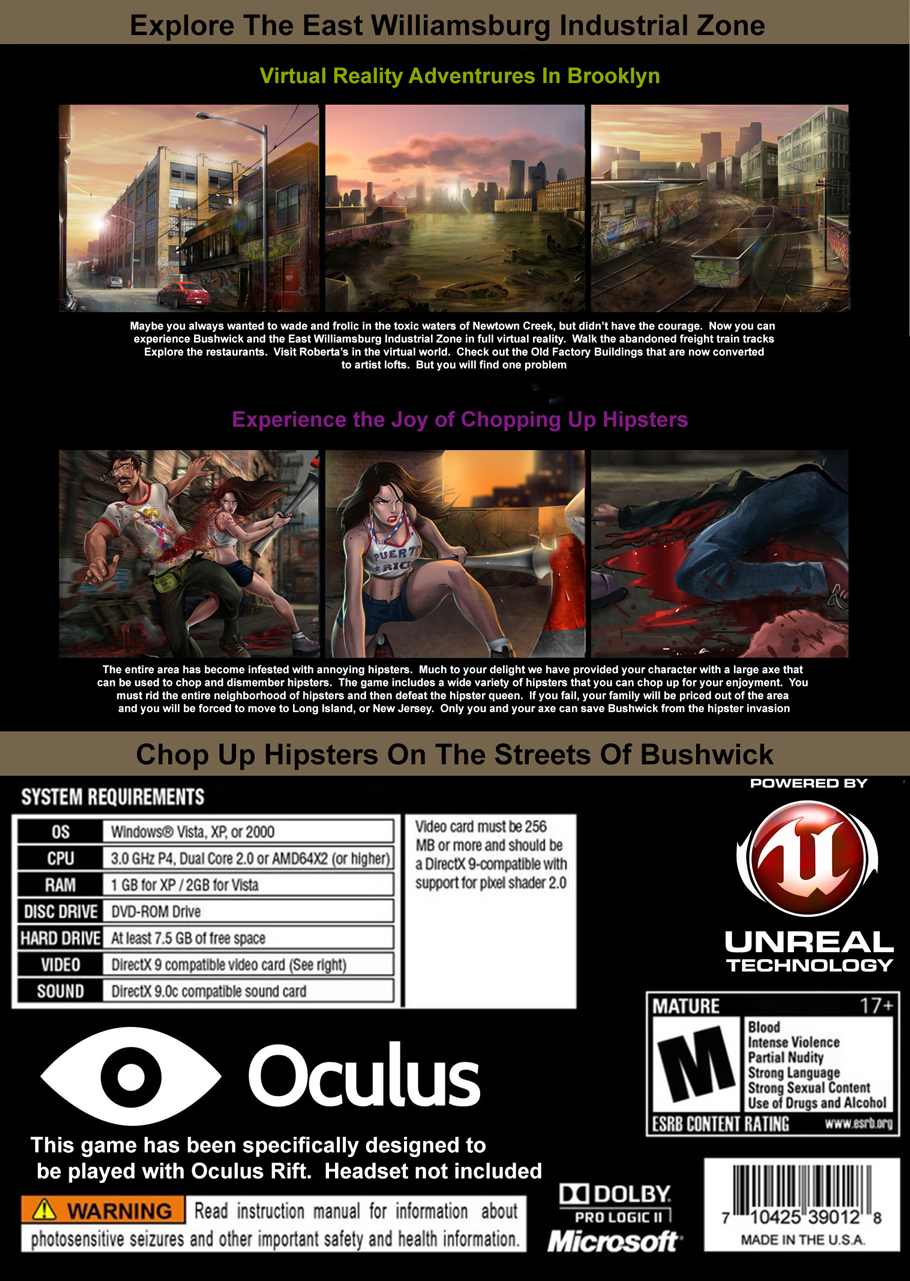 Hipster Axe: Stop the Invasion of Bushwick Brooklyn is a demo level of a game that is under development. I plan to have the demo complete sometime in 2014. If you haven’t already guessed, the game will mostly consist of chopping up hipsters with an axe. I have nothing against hipsters, but thought this would be a fun project to work on.

Target ESRB rating: M Rating. This will be an mature game, including explicit violence(Dismembering Hipsters with an axe) and some nudity and adult themes.

Summary: Legions of trendy hipsters are moving in to the crime ridden post industrial ghettos of Bushwick, Brooklyn. Your mission: to stop the invasion by chopping the hipsters to pieces with an axe, and then defeating the hipster queen.

Level Summary: The level will consist of about 10 playable city blocks. There will be a few houses, factories and stores that will be explorable. One large factory building will include an accessible rooftop with a matte painting panoramic view of the NYC skyline visible in the background. This building will be level’s main landmark and the rooftop will be the scene of final boss battle.
There will also be A toxic waste creek, and an abandoned railroad track between the factory buildings. The tracks and creek intersect and there will be a small bridge.
The level map will be approximately based on the actual size and scale of a few blocks in the East Williamsburg Industrial Zone.